Pop Star Nicole Scherzinger Is Eyeing Plans To Make Her Broadway Debut In A Revival Of Andrew Lloyd Webber's Cats On The New York Stage. 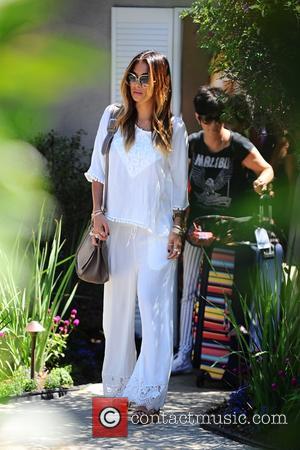 In January (15), theatre mogul Lloyd Webber revealed he was working on taking the new production to Broadway, and he wanted Nicole to reprise the role previously made famous by Elaine Paige.

"Cats will now definitely go to Broadway again," he told Britain's Event magazine. "It's very exciting... I would very greatly hope she (Nicole) would do it. To do something like that in America would open up a billion doors for her."

Now Nicole has confirmed her interest in a return to the show, which will hit Broadway next year (16).

"Andrew and I have been talking about bringing it back to Broadway next year...," she tells U.S. breakfast show Today. "I'd not seen it (the original Cats production) before playing Grizabella and being back on the stage really felt like home. I can't wait to come here. I love New York, I love this town."

The limited London run of Cats had originally been due to close in December (14), but it was extended until April (15) due to popular demand. Nicole remained with the production until February (15), when musical theatre star Kerry Ellis took over as Grizabella.

At the time of her London stage debut, the singer admitted working with the original team of director Trevor Nunn, choreographer Gillian Lynne and composer Andrew was a "dream come true".

"I am really thrilled to be making my West End debut in such an iconic show and I couldn't be more excited," she said. "To have the opportunity to work with Andrew, Trevor and Gillian is a dream come true. I grew up listening to Andrew's extraordinary music and was lucky enough, a couple of years ago, to record Cats' beautiful song Memory. Andrew's score is breathtaking and I am truly honoured to have been asked to take part in what I know will be a very special time in my career."

If the Broadway plans come to fruition, it will mark the first time Cats has played on the Great White Way since its original show ended in 2000, after 18 years.