Nicole Scherzinger admitted her mother doesn't approve of her revealing outfits in photoshoots and music videos and frequently checks up on her on Google. 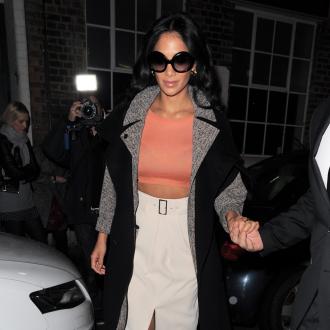 The 34-year-old star revealed her mother uses Google to check up on her daughter and isn't impressed when she sees her scantily dressed in music videos and photoshoots.

She told The Sun Sunday: ''I'm thirtysomething and she still calls me and scolds me.

''She says, 'I always tell you to not compromise yourself, Nicole'. She sees me as the highest daughter. She's very spiritual. She keeps me grounded she's my rock.

''The better part of me is my mother. I'm sure she's going to scold me for wearing a top that showed my bra while coming out of a restaurant in London the other day.''

The former Pussycat Dolls singer admitted the video for the band's song 'Hush Hush' disappointed her mother after Nicole appeared getting out of a bath naked.

She admitted: ''When my video 'Hush Hush' came out, I was in the bathtub and she was like, 'You don't have to do that!'

''She's such a mum and I love her for that. She keeps me on the straight and narrow.

''She follows my career - that damn Google! I think my videos are art, but she has a different opinion!''