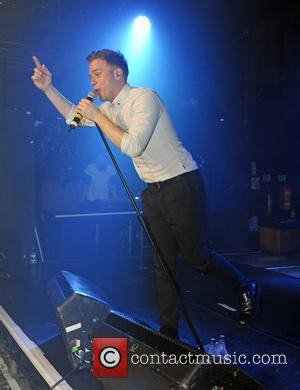 Could this be the best week in Olly Murs' career? He's managed to keep Girls Aloud off the top spot with their comeback single, Something New, which in all truth is nothing new, and in doing so, reached the #1 spot.

And that's not all; the cheeky popstar received a warm message of congratulations from Simon Cowell, who, ignoring the inner workings of Twitter by not @ing Murs, knew his message would get through anyway. "Hi Olly Murs," he tweeted. "Congratulations on your number one single today. You are a true star and a great guy. Proof success doesn't change you." Cowell was Olly's mentor back in 2009 when he was on The X-Factor, and what's more, he signed the Essex lad, so receives a cut of whatever he makes. Oh hang on a minute, maybe a tweet to his 5m followers had something to do with that... He did the same for One Direction when they reached Number 1 last week, telling them, "Massive congrats to the one d boys for having the number one single and album in the uk. Could not be happier for you."

Anyway, that's not where Murs' magical week stops, with Robbie Williams announcing that he will join him for his upcoming European stadium tour.