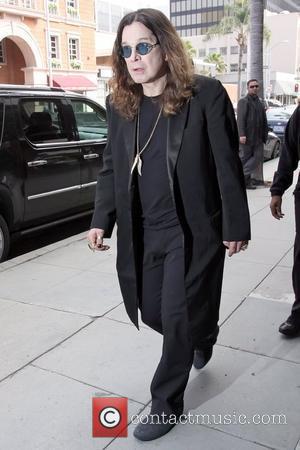 Picture: Ozzy Osbourne leaving a doctor's office in Beverly Hills where he received a prescription. Osbourne waited no time and took his medicine before leaving the...

Ozzy Osbourne's daughter Kelly has defended her father after John Lydon labelled him a "senile delinquent", calling the Sex Pistols star "sad" and "bitter" for taking aim at her dad.
Lydon made the remarks last week (end13Mar11) when he blasted Osbourne for being a bad representative of the working class in the U.K.
He ranted, "The rumours of biting pigeon heads really haven't impressed me. Ozzy acting like a senile delinquent is unimpressive... By acting like he does, he implies that we're all stupid, the working classes. We're not!"
Osbourne's daughter Kelly has now spoken out about Lydon's comments and accused him of attempting to garner publicity for his new book.
In her weekly column for Britain's Closer magazine, she writes, "Last week, John Lydon (the Sex Pistols' Johnny Rotten) accused my dad of 'acting like a senile delinquent' and 'promoting drug abuse'. People only say things like this when they want attention, and guess what? He has a book to promote!
"The truth is, I don't think he's ever met my father so clearly he doesn't know that he hasn't done drugs in years. I feel that from one artist to another, there should be some form of mutual respect, and I also think it's sad when you resort to talking s**t about someone else in order to get yourself press.
"Stop being such a bitter old queen, John! You're better than that."