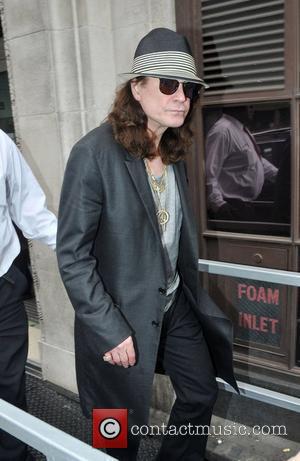 Ozzy Osbourne has hinted he'll retire - after recording one more Black Sabbath album.
The rocker has revealed he's in talks with drummer Bill Ward about the possibility of another reunion - and he's hoping to get Tony Iommi and Geezer Butler on board for a get together.
He says, "We're talking and that's a good sign. We're not at war with each other... I was speaking to Bill Ward last night. I've got to speak to the other two."
And he has plans to record one final album with his old bandmates.
He tells the Pittsburgh Tribune-Review, "I'm trying to get things done right... I would love to do a killer Black Sabbath album. It would make my life, my whole thing, round up perfectly for me."