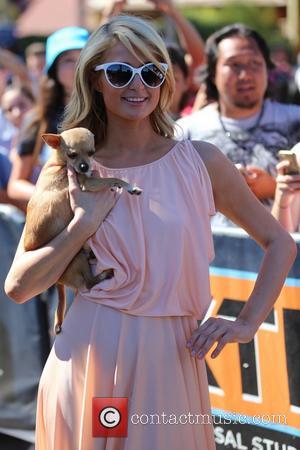 Hollywood socialites Paris Hilton and Kim Kardashian quashed long-running rumours of a feud as they partied together in Ibiza, Spain on Saturday (02Aug14).

Both Kardashian and Hilton were guests at Givenchy designer Riccardo Tisci's star-studded birthday bash and the old friends had a friendly reunion in the island hotspot.

Kardashian took to her Instagram.com account, posting a picture of herself smiling and chatting alongside Hilton, along with the caption, "Reminiscing about the 1st time we went to Ibiza in 2006! @parishilton it was so good to see you & catch up!! Loves it lol (laugh out loud)."

Hilton, who has spent the summer as a resident Dj at local club Amnesia, also posted the same shot and added, "So much fun with @kimkardashian this weekend. The first time we ever came to this magical island was together. Such an amazing trip! Great catching up with you too beautiful!"

Kardashian and Hilton grew up together in Los Angeles, and before hitting it big as a reality Tv star, Kardashian served as Hilton's personal assistant. However their friendship reportedly came to an end in 2008 and they hadn't been spotted together since.