Paris Hilton has sparked speculation she is relaunching her pop career with the help of legendary songwriter Linda Perry. 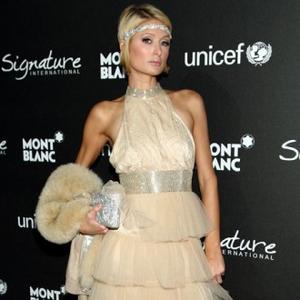 Paris Hilton is seemingly set to relaunch her pop career.

The 29-year-old socialite met up with acclaimed songwriter Linda Perry - who is responsible for Christina Aguilera's 'Beautiful' and Gwen Stefani's 'What You Waiting For?', among other tracks - sparking speculation she is planning a follow-up to her 2006 LP 'Paris'.

Paris revealed the news on twitter, writing: "Went and visited Linda Perry at her studio. She is so cool and her studio is incredible. I respect her so much as a producer, what a talent."

'Stars Are Blind', the first single from 'Paris', was an international smash hit upon its release, reaching the top five in the British, Italian, Swedish and Canadian charts.

Even Lady GaGa admitted she was a fan of the song.

She said: "I always thought that 'Stars Are Blind' was one of the greatest records ever. Quite honestly it was a great pop record."

Paris previously admitted she would like to work with the 'Telephone' hitmaker on some new music.

She said: "Anything we do will be a surprise, so you can't know about it."

Paris recently got some musical inspiration at the Coachella Music Festival in California, and "rocked out" to acts including Gorillaz and David Guetta.

She wrote on twitter: "So much fun tonite! Rocked it out to Tomm Yorke and the Gorillaz! So sick!! Loves it! :)

"Raged on the stage at MGMT then David Guetta and now am rocking to Muse. Best spot in the house! Huge! Coachella Rocks... Jay Z was amazing! So much fun with my sis and all my girls! :) (sic)"