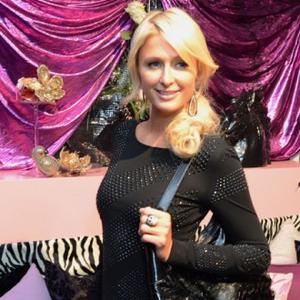 Paris Hilton's mother is "heartbroken" over her split from Cy Waits.

The socialite called time on her relationship with nightclub owner Cy after 18 months last week, leaving her mother, Kathy, upset for them both.

Speaking about Cy, She told the E! news service: "He really is an angel. I do adore him. My heart is broken. That's why I don't like getting close to the boyfriends because they become like a part of the family."

Kathy added she has advised her eldest daughter â who split with Cy as he couldn't handle her celebrity lifestyle - not to look for anther boyfriend, and instead concentrate on spending some quality time with her family.

She added: "I think it's very hard to be with somebody that's in the limelight when you're really not into that.

"The thing is, she goes from one boyfriend to the next. I think she will be single for a while. I told her, you need girlfriend time right now and family time. We don't need to just put a Band-Aid on this."

Kathy is also a huge fan of traditional family values, and was left shocked when a few months ago Paris, 30, told her she thought she may be pregnant with Cy's baby.

She explained: "It was very emotional. For my children, I dreamed of the wedding first and then children.

"I'm a traditional girl. I met my husband at 15, got married at 19, got pregnant a year later and then had three children after that."