Pals And Unlikely Taylor Swift Superfans Sir Patrick Stewart And Sir Ian McKellen Are Set To Become Official Members Of The Pop Star's Celebrity "Squad" When They Join Her Onstage In Los Angeles. 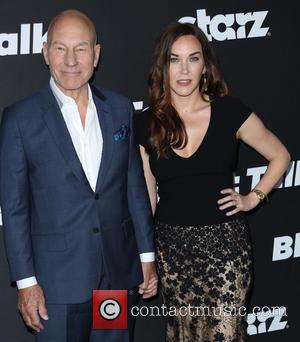 The Bad Blood singer has five dates booked at the Staples Center from 21 August (15) and MCKellen has confirmed he and his X-Men castmate are making plans to attend one after the two Brits confessed their love for Swift last month (Jul15) and begged her to invite them into her inner circle, which includes pals like models Lily Aldridge and Karlie Kloss, Selena Gomez, Lena Dunham and Cara Delevingne.

The thespians impressed Swift when they recited the lyrics to her most recent hits during a U.S. radio interview and Stewart took to Twitter and wrote, "So @IanMCKellen recited Bad Blood and I did Blank Space on @NPRAskMeAnother. May we join the squad, @taylorswift13?"

The singer was alerted to the correspondence and responded, "Thanks for reciting my lyrics, @IanMCKellen and @SirPatStew! You've made my day. You two are ULTIMATE Squad Goals." She also posted several photos of the thespians, including one of Stewart's wedding day in 2013, which was officiated by MCKellen, on social media.

Thrilled Stewart couldn't contain his excitement in a follow-up tweet, writing, "OMG I DIE!!! (no really, I might. I'm old.)"

And now MCKellen tweets, "(She's) coming to town. I think we're working on that. I mean, she's invited us into her squad!"

Swift's tour dates have become all about her surprise guests - she has recently shared the stage with the stars of her Bad Blood video, the U.S. women's soccer team, rapper Fetty Wap and Seattle Seahawks quarterback Russell Wilson and his girlfriend Ciara.