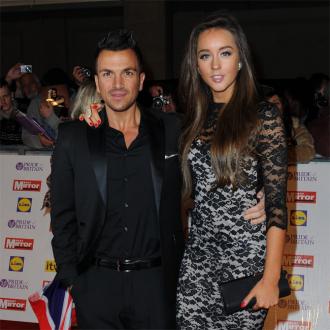 The 'Behind Closed Doors' hitmaker - who already has children Junior, eight, and Princess, six, from his marriage to Katie Price - and his girlfriend Emily MacDonagh welcomed a baby girl into the world yesterday (07.01.14) at Musgrove Park Hospital in Somerset.

In a posting on his official website, Peter, 40, said: ''Now that I have had the opportunity to tell Junior & Pringles , we are very happy to announce the safe arrival of our beautiful baby girl:) We are extremely thrilled and mum and bubba are doing fine. We are looking forward to a nice quiet couple of weeks getting to know our baby. Thanks to everyone at Musgrove Park Hospital :))) (sic)''

Peter confirmed the news today (08.01.14) following speculation surfacing on Twitter after a number of twitter users reported seeing the couple at the hospital in Somerset, South West England, yesterday (07.01.13).

One fan wrote: ''Peter Andre is in the hospital I work at with Emily and his baby daughter omg. (sic)''

A Facebook page called Breaking News Somerset and Beyond reported: ''It seems a celebrity has had a baby at a Somerset hospital.''

It is believed Peter and Emily chose the hospital in Somerset as her father, who is a surgeon, works in the area.