Pharrell Williams Is Convinced Hillary Clinton Is Destined To Be The First Female President Of The United States Because The Country Needs A Woman In Charge. 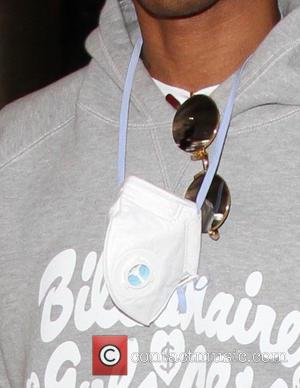 The Happy singer has become the latest star to endorse the Democratic presidential hopeful ahead of a planned run next year (16), following in the footsteps of Christina Aguilera, Salma Hayek, Lena Dunham, Lady Gaga and Robert De Niro.

Pharrell declared his support for the politician during an appearance on America's The Ellen DeGeneres show, insisting the U.S. will be a better place if a female takes the reins of government.

"It's time for a woman to be in there," he tells Ellen. "Women think about things in a holistic way, it's not so individual. I'm saying I'm happy to be a man, but I love women. The thing is, if we had somebody looking after our country that thought about things as a whole, I just feel like it just would be different.

"Not that I don't love our current president (Barack Obama), I just feel like it's Hillary time. People are like, 'OK, we need a president that we can play Scrabble and Celebrity with,' but that's not who's gonna solve your problems. You need someone that's gonna take it (seriously)."

Hollywood actor Robert De Niro previously declared the politician, a previous First Lady during her husband Bill Clinton's tenure as U.S. leader, deserves a chance to take the lead herself.

"Almost more important is that she is who she is," he told Elle magazine. "She's paid her dues. She's been through the mill... She deserves to be president. She's prepared. She'll make mistakes. Everybody does. It's a hard job, to say the least. She's as qualified or more qualified than anybody else... Period."