Pharrell Williams Given 20-Minute Slots To Work With Adele

Pharrell Williams Has Been Working Extra Hard On His Collaboration With Adele Because She Only Allows Him 20-Minute Time Slots With Her In The Studio. 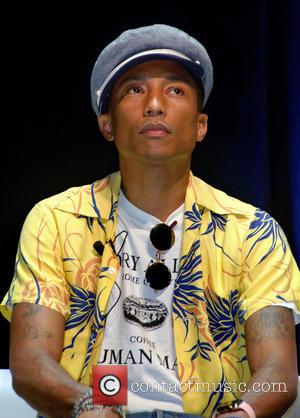 The Happy hitmaker has been meeting up with the Someone Like You singer to work on a new project, but she rarely stays in the studio for more than half an hour so she can spend more time with her two-year-old son Angelo.

Williams says, "I've seen her recently. She's kind (of) like, 'OK guys, I'm (going to) open up my diary for 20 minutes.' So it's like, 'OK, you have 20 minutes of 32 minutes' really. Then she gives it to you and closes it up and disappears, and she's off with her beautiful boy - and that's what it's all about... She is a masterful writer. You listen to her albums and the intention is living and breathes."

The release of Adele's long-awaited musical comeback, a follow-up to her 2011 album 21, has reportedly been postponed several times.