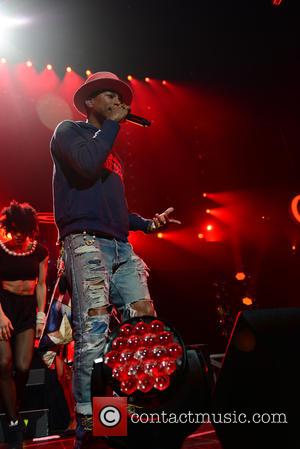 Picture: Pharrell Williams - Photographs of a host of pop stars as they gave live performances at the Y100 Jingle Ball 2014 which was held at...

Pharrell Williams is to attend the World Economic Forum (Wef) in Davos, Switzerland this week (beg19Jan15) to take part in a discussion about climate change.

The Happy hitmaker is slated to join former U.S. Vice President Al Gore on Wednesday (21Jan15) for the panel talk titled What's Next? A Climate in Action in his role as creative director of Bionic Yarn, an eco-friendly company which makes textiles from recycled plastic.

Williams previously teamed up Gore to launch a series of Live Earth 24-hour gigs in 2007 to raise awareness of climate change.

Black Eyed Peas star will.i.am is also set to attend the Wef to promote his wearable technology products and his education charity i.am.angel Foundation, while opera singer Andrea Bocelli will be honoured with the event's Crystal Award for his humanitarian work.