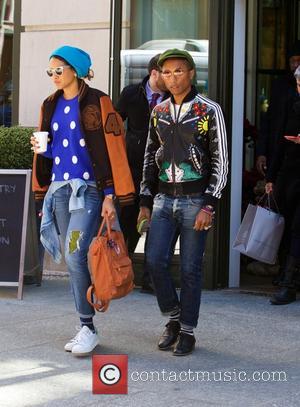 Picture: American pop star and 'Happy' hit maker Pharrell Williams and his wife Helen Lasichanh were spotted out and about in SoHo in New York City,...

The Formula One ace, who has built a recording studio in his home, has often hinted he is ready to make an assault on the pop charts, and now he has recruited the best in the business to further his fledgling career.

He tells Britain's The Sun newspaper, "My best song is called J'Adore. It is kind of urban pop and I sing as well. I have played it for Pharrell Williams, as well as Timbaland and Drake, because I want feedback from as many people as possible. I write my own stuff. I really enjoy the whole creative thing and I've always loved doing it. It is a really good way of clearing your thoughts."