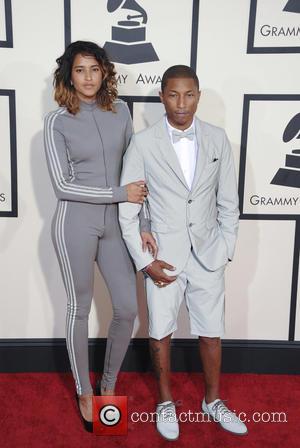 Picture: Pharrell Williams - A variety of stars from the music industry all turned out in style to attend the 57th Annual Grammy Awards in Los...

Hitmakers Pharrell Williams, Moby and Ellie Goulding have offered to perform at an upcoming Los Angeles charity bash for free in honour of a British man who was bullied online when footage of his dance moves went viral.

Photos of the Londoner were posted on 4chan.org last month (Feb15) by an anonymous user, who captioned them, "Spotted this specimen trying to dance the other week. He stopped when he saw us laughing."

The cruel comment prompted Los Angeles-based activist Cassandra Banks to launch a campaign to track down the cyber-bullying victim, known on social media as Dancing Man, so she and organisers at The Free Thought Project, which nurtures creativity, could throw a dance party for him.

She also launched a crowdfunding page to raise money for the bash, and the man, known only as Sean, has since been located.

He accepted the invitation to attend the party and now a handful of stars have expressed an interest in joining in the fun.

Happy hitmaker Williams heard about the campaign on Friday (06Mar15) and reached out to Banks to get involved, tweeting, "Hey @CassandraRules keep me posted about your dance party! (Sean), never be ashamed of yourself."

Dance star Moby also reached out, writing, "i offer my dj services for free for #DancingMan... no one should ever be ashamed about dancing", and British singer Goulding adds, "I want to dance with #dancingman and play at the party."

A date for the party has yet to be set, but officials at the Los Angeles Memorial Coliseum have revealed they will be happy to provide the venue for the event.

In a Twitter message to Banks, Sean and Pharrell on Saturday (07Mar15), bosses wrote, "we would love to donate the 'worlds (sic) greatest stadium' for the worlds greatest dance party!"

Proceeds not used for the event will be handed over to an anti-bullying charity.