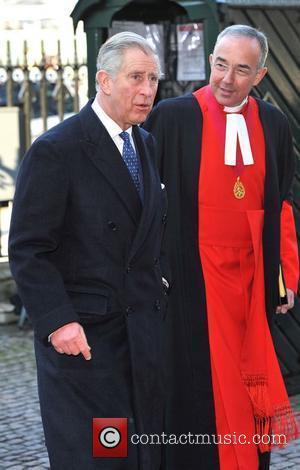 Picture: Prince Charles, the Prince of Wales Charles Dickens - wreath laying ceremony to commemorate the 200th anniversary of his birth at the Poets' Corner,...

Prince Charles has finally answered the question which has been on pretty much no-one's lips all these years by revealing that, yes, he does follow football and that furthermore he also has a favourite football team in England.
Charles has been seen on occasion at FA Cup Finals and so forth, largely down to his invitation as a Royal, but it's none of the teams who've paraded at Wembley Stadium in recent memory who he finds himself smitten by - it's in fact Burnley, who play in the Championship, the second tier of professional football in England where they currently sit in 10th place in the 24 team league. "A consortium of my charities, including the British Asian Trust, has been working in Burnley," UK newspaper The Guardian quoted Charles as saying, and he continued "Some of you asked this evening whether I support a British football club and I said: 'Yes, Burnley.'"
The news obviously delighted the club's owners, who immediately sent him a complimentary season ticket, though anyone who knows the uncompromising atmosphere of the chilly Turf Moor ground will be more than aware that Charles won't quite know what he's letting himself in for. Still, he's picked a fine club to follow; one of the founding members of the Football League back in 1888, they've won the league twice in its history as well as making the quarter-finals of the European Cup, back in 1961. They've never achieved the same lofty heights since but did make their way back into the Premier League for one season in 2009-2010.