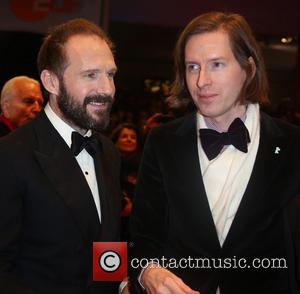 Ralph Fiennes has a pre-fame keepsake Jeremy Irons gave him after sharing polishing tips with him at a top London hotel.

Fiennes was a porter at Browns Hotel in the months leading up to drama school and one encounter with fellow British thespian Irons made the job extra special.

The English Patient star recalls, "I wore a white coat and you're the lowest of the low. I had to go around changing lightbulbs and shower curtains, hoovering and polishing the brass. I was in the housekeeping department.

"The bathrooms were one stair down in a kind of basement area off of the main lobby and I was on a step ladder cleaning a small glass chandelier with a bucket of detergent and it was just at the time when Brideshead Revisited was on (Tv) and Jeremy Irons was becoming a big star. I'm cleaning away and out of the men's bathroom comes Jeremy Irons! He stops and says, 'Can I ask your advice? I've got some glass to clean and I wonder what you're using there'.

"I was mumbling and I show him this industrial detergent. He thanks me and I say, 'Are you Jeremy Irons? Can I have your autograph please?' He said, 'Absolutely, I'll leave it at the front desk'.

"I finish my job and go to the front desk where there is this guy looking down his nose at me in all his gold braid. He goes, 'Yes, what do you want?' (I said), 'Did, did, did Jeremy Irons leave something for me?' He gave me a piece of Browns notepaper and it said, 'Dear Ralph, keep polishing. Jeremy Irons'! I don't think he knows about it but I still have that note somewhere."