Actor Ralph Fiennes Is Stepping Behind The Camera To Direct A Film About Russian Ballet Dancer Rudolf Nureyev. 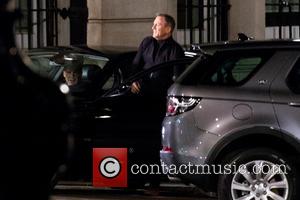 British playwright and screenwriter David Hare will reunite with the Schindler's List star, who he worked with on 2008's The Reader, and pen the screenplay.

Fiennes is also re-teaming with his The Invisible Woman, Coriolanus and The Duchess producer Gabrielle Tana to develop the untitled project, which will be based on Julie Kavanagh's Nureyev: The Life, according to ScreenDaily.com.

It is unclear who will play Nureyev, who died in 1993 at the age of 54 after contracting AIDS.

The movie will begin shooting next year (16).