The Muppets Sequel: Jason Segal is Out, Ricky Gervais Is In 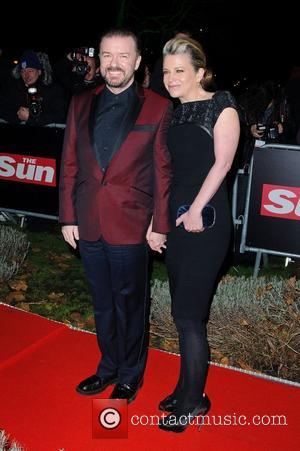 After the enormous success of the Jason Segal penned and produced The Muppets, it would have been a fiscally idiotic move not to continue capitalising on that success. As the BBC reports, Ricky Gervais will be starring in the next one in his first foray back on the silver screen since 2009's The Invention of Lying.

Joking about the role he said, "I have the biggest trailer but Kermit will spend some time in my sink." Production is set to begin in January 2013, and according to The Hollywood Reporter the gallivanting adventure will be set in Europe this time around, with three main human characters joining the beloved puppets. Both the songs and the script were written by Jason Segal for the 2011 movie, but he has said that he'll not be involved in a sequel. Segal's brilliant song writing skills managed to score him the Academy Award for Best Original Song, so the stakes are pretty high for The Muppets #2, so the second movie really may suffer his loss.

Although the production team for the new film haven't officially released any cast details yet, Ricky's agent has confirmed that he'll be playing a role in it. James Bobin (director), David Hoberman and Todd Lieberman (producers) are all back on board for the new film.