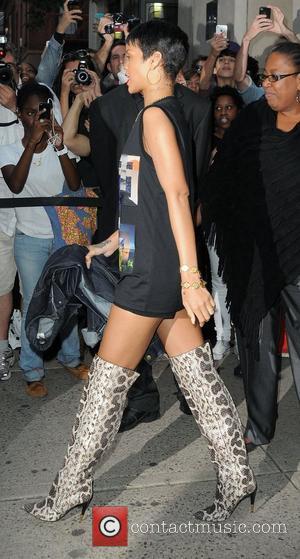 Domestic violence has been a hot topic of literature, television and film in recent years, and although it is given more and more exposure, the numbers of reported cases rise year on year. One of the tragically repetitive hooks of each fictional story is the victim going back time and time again to his or her abusive partner. So, although it's disappointing to see Rihanna hooking up with Chris Brown , it isn't entirely surprising.

Shocking photographs of a beaten and bruised Rihanna were released in 2009 which resulted in the sentencing of her then boyfriend Chris Brown. Three years later and the pair were reported to be seen together in a Manhattan nightclub earlier this week, with a repeat performance last night (3Oct.2012) as E! reports. Controversy surrounding the ex-couple has not stopped since 2009 and the heat was turned up on Brown last month when he revealed a new tattoo on the side of his neck which was the image of a battered woman's face.

Meanwhile, as Brown and Rihanna are spending more and more time together, Brown's girlfriend Karrueche Tran tweets vague statements such as 'Bye, baby' further stoking the fires of the current rumours.

Rosario Dawson (Sin City, Seven Pounds) has defended Rihanna in the Huffington Post and preaches a system of support, saying “Support is the critical part of it, not giving criticism, not being judgmental towards people.” Valuable advice that we should certainly all adopt.