'I'd Ask My Friends To Come And Read An Octopus's Garden With Me': Ringo Gives Permission For Children's Book

Psychedelic Beatles' track 'Octopus's Garden' will be turned into an illustrated children's book, to be published by Simon & Schuster. 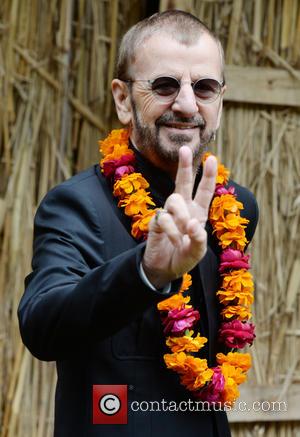 Ringo Starr, former drummer for The Beatles, has given permission for the song he wrote whilst on holiday in 1968 to be used as a lyrical base-text with "illustrations that revel in the imaginative opportunities presented by the lyrics", according to Ingrid Selberg at Simon & Schuster UK, who describes the opportunity as "a dream come true."

Regarding his decision, Starr has said in a message to fans "It gives me great pleasure to collaborate with Ben Cort and Simon & Schuster for the further adventures of Octopus's Garden. Peace and love."

On a Sardinian holiday in the 60s, Starr picked up inspiration for the lyrics when he learned of Octopus behavioural traits: "they go round the seabed and pick up stones and shiny objects and build gardens," adding he was struck by a longing to join them: 'How fabulous!' Because at the time I just wanted to be under the sea too. I wanted to get out of it for a while."

According to Simon & Schuster's press release, they'll publish the book as a "stunning hardback edition plus CD, with audio content to include an original, previously un-heard music track from Ringo and a reading of the story."

Now groovy parents can pass on their love of The Beatles with a beautiful, child-friendly song and colourful visual accompaniments. Quick! Before they get into rap. Peace & Love: The Most Commercially Successful Band Of All Time Will Have Their Song 'Octopus's Garden' Turned Into A Children's Book.