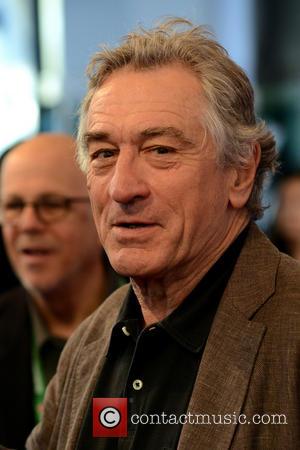 Robert De Niro has been hired to replace James Gandolfini in a new HBO mini-series Criminal Justice, following the death of The Sopranos star in June. De Niro will play a New York lawyer in the show, which Gandolfini had been developing based on the 2008 BBC series by Peter Moffat.

Following the actor's sudden death in Rome, it initially appeared as though HBO had put the project on the backburner, though, according to Deadline.com, the team were keen to continue in Gandolfini's honor.

Deadline Hollywood's TV Editor Nellie Andreeva said the network wanted "a great actor whom Gandolfini would have wanted for the role and who would honour Gandolfini's memory with his performance," adding, "I hear their list consisted of one name only, Robert De Niro, who responded and came on board."

Still one of the finest actors in the world with the right material, De Niro has been wasted on poor scripts and throwaway comedies in recent years, though with television now the primary location for high quality scripted drama, the 65-year-old could thrive at HBO.

In the seven hour mini-series, his character Jack Stone takes on a case of a Pakistani (played by British star Riz Ahmed) who is accused of murdering a girl on New York's Upper West Side. The original series saw each episode tracking a separate case, though the U.S. team appear to be wisely drawing out the story to develop character and plot.

It should be brilliant. We can already imagine the opening shot of De Niro, clad in a heavy winter coat, trotting up the stairs of some grand courthouse in Manhattan as the snow falls on the sidewalk. He gets inside, dusts of the flakes...and, ok, you get the picture.

Steven Zaillian, who has been working on the project for some time, will direct the first hour.

2014 is shaping up to be a powerful year for HBO, with True Detectives also set to premiere in January. The series stars Matthew McConaughey and Woody Harrelson as two detectives who for a serial killer in Louisiana across seventeen years.

Another show, The Leftovers, from Damon Lindelof and starring Justin Theroux, takes place in the wake of a global Rapture and centers on the people who didn't make the cut and are left behind in a suburban community.