Robert Pattinson says 'Cosmopolis' is a ''hopeful'' film even though it is set in a futuristic New York which is in turmoil because of the decline of capitalism. 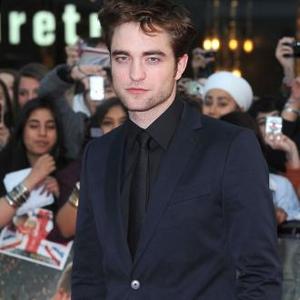 The British actor plays billionaire tycoon Eric Packer in the movie - set in a futuristic New York which is in turmoil because of the decline of capitalism - and despite the depressing topic, he thinks there is also a positive side to the movie.

He told movies.ie: ''The first time I saw it, I didn't think about the greater scope of the movie, and then I heard people's reactions about things like nihilism and things like that. I think it's actually a really hopeful movie. I think in a lot of ways, when I look at the world - maybe I am just a depressive - I think sometimes the world does need to be washed and cleansed, and that's the hope of it.''

Robert's character has been referred to as ''a blood sucking capitalist'' but director David Cronenberg says they ignored the ''baggage'' of his vampire character Edward Cullen from the 'Twilight Saga' series.

He said: ''We just didn't deal with it. It is very easy to say that this character is a vampire or a werewolf of Wall Street, but that is fairly superficial. He is a real person and a real character in the movie. An actor cannot play an abstract concept; you cannot say to an actor 'You are the symbol of capitalism, I want you to play that' How do you play that? ''This is a real person with a history and a past, which is not 'Twilight'. It is 'Cosmopolis'. You must ignore the baggage. You know it exists, but you are creating a new thing and you have to forget all that stuff and we do because it would give us nothing on the set.''