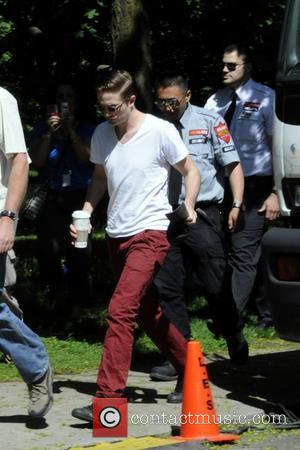 Robert Pattinson has failed to land the role of legendary musician Jeff Buckley in a forthcoming biopic about the singer's life. Pattinson has long been tipped to play the Hallelujah singer and even spoke publically about his desire to secure the part, reports MTV News.
However, the Twilight star has lost out to the relatively unknown theatre actor Reeve Carney. Although not an established Hollywood star, the 28-year-old has been playing Spiderman in the controversial Broadway production 'Spiderman: Turn Off The Dark'. In a statement obtained by Hollywood Life, Buckley's mother praised the casting, saying, "We are over the moon that Reeve has agreed to take on this challenging role.He's been getting ready for this all his life. It certainly doesn't hurt that he looks so much like Jeff". Director Jake Scott suggested Reeve had the perfect mix of "musical prodigy, impish charm, innate intelligence and sensitivity" to play Buckley, who died after swimming into the Wolf River Harbor in 1997. Pattinson allegedly lost out to actor Penn Badgley to play Buckley in another upcoming movie 'Greetings From Tim Buckley'.
Despite failing to land the roles, Robert Pattinson has a number of high-profile projects in the pipeline. He will star in David Cronenberg's adaptation of Don Delillo's classic novel 'Cosmopolis'.