News broke this week that The Rolling Stones would (finally) be dropping their hit song Brown Sugar from their US tour setlist - at least for now. The act comes in the name of racial sensitivity due to concerns over some of the lyrical content. 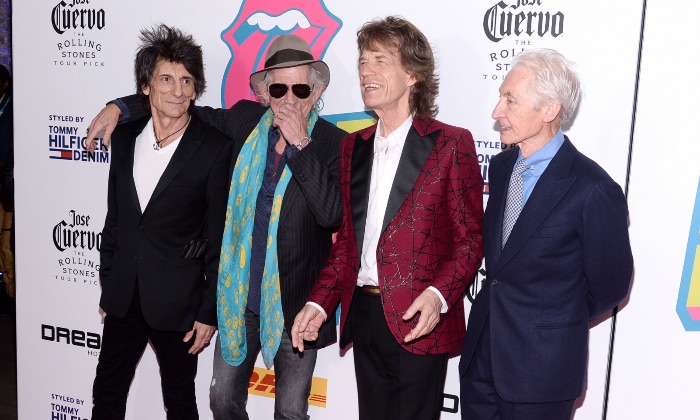 The song explores the parallels of interracial sex as a taboo pleasure and the rape that took place in historical cases of slavery.

The lyrics open with: ”Gold Coast slave ship bound for cotton fields / Sold in the market down in New Orleans / Skydog slaver knows he's doin' all right / Hear him whip the women just around midnight.”

But it has to be said it’s by far the only controversial song in the rock band’s back catalogue. Harmful racial stereotypes appear in other tracks such as 1978’s Some Girls from their album of the same name.

“White girls they're pretty funny, sometimes they drive me mad / Black girls just wanna get f**ked all night, I just don't have that much jam / Chinese girls are so gentle, they're really such a tease / You never know quite what they're cookin', inside those silky sleeves.”

Just because the lyrics include references to white women doesn’t make the stereotypes any less disgusting. The band performed this track as early as their Zip Code Tour in 2015, but we’re hoping that was the last time.

Even apart from racism, the Rolling Stones’ song history is rife with sexism, violence towards women and references to sex with minors.

They’re still performing 1966’s Under My Thumb, which, regardless of Mick Jagger’s claim that it was written tongue-in-cheek, is very much about control being asserted by a man over a woman in a relationship.

“It's down to me / The difference in the clothes she wears / Down to me, the change has come / She’s under my thumb,” is just one lyrical example.

On the other hand, it’s not half as bad as their other song of the same year, Stupid Girl, in which every line goes on the attack of a woman for everything about her from her appearance to her mannerisms.

She’s So Cold also screams volumes of the way men think of women who don’t reciprocate their advances, while Short and Curlies sneers at any straight relationship where the male may appear submissive to their female partner.

Worse still is 1968’s Stray Cat Blues, which is all about underage sex, and appears to directly brush off any suggestion of illegality; in fact, it makes it abundantly clear that, as a rockstar, they can get away with having sex with a child.

So Young is written in a similar vein, though no age is mentioned. It does, however, talk clearly of a drunk teenage girl and mentions the recreational drug “poppers” aka alkyl nitrite which is commonly associated with sex.

“Well, her skin was kind of pudgy, got spots all on her face / From wearin' too much makeup, and she wasn't walkin' straight / She drove her daddy's car, it was just jammed with teenage trash / She always find a popper too, hidden in her stash.”

The Rolling Stones are by far the only culprits of problematic songs in the history of music.

MORE: The 50th Anniversary of Sticky Fingers by The Rolling Stones

Other popular songs that enter racist territory are David Bowie’s China Girl and The Vapors’ Turning Japanese, while songs that are rather blatant about underage girls include Neil Diamond’s Girl, You'll Be a Woman Soon, Don't Stand So Close To Me by The Police, Good Morning Little Schoolgirl by The Grateful Dead, Thirteen by Johnny Cash and Jailbait by Ted Nugent.

If we went into a list of every sexist song that’s ever been written, we’d be here forever as the list is literally endless. We’ve got a long way to go before misogyny becomes a thing of the past in music, but at least putting an end to the performance of racially insensitive songs like Brown Sugar is a start.