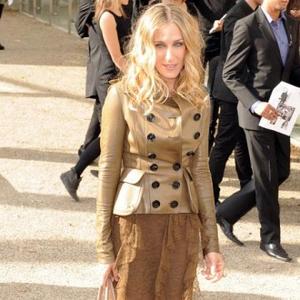 The 45-year-old actress - best known for her turn as writer and fashion icon Carrie Bradshaw in six television series and two movies of 'Sex And The City' - will star alongside big names including Robert De Niro, Hilary Swank, Ashton Kutcher and Michelle Pfeiffer in the film, a sequel to 2010 hit 'Valentine's Day'.

Halle Berry and Zac Efron are also in negotiations for roles, according to The Hollywood Reporter.

Sarah will play the mother of Abigail Breslin's character, and will learn throughout the film she relies too heavily on her young daughter for company.

The Gerry Marshall-directed ensemble comedy was originally expected to shoot in mid-December but production has now been pushed back to February 2011.

Mike Karz and Wayne Rice will produce the film.

Sarah will next appear in 'I Don't Know How She Does It' and is rumoured for a role in 2013 movie 'The Ivy Chronicles', based on a book by Karen Quinn about a woman who loses her husband, job and apartment.