'The Avengers: Age of Ultron' star Scarlett Johansson has revealed she is determined to ''solve hunger''. 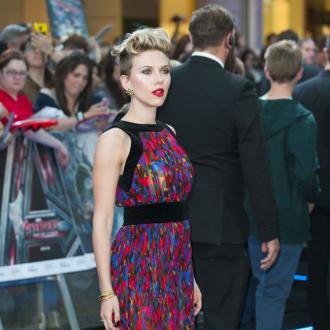 The 30-year-old actress - who stars in the Joss Whedon-directed 'The Avengers: Age of Ultron' - has made an appeal to end hunger in America and has confessed to being to concerned that it's a problem occurring on her doorstep.

She said: ''My family grew up relying on public assistance to help provide meals for our family.

''Child hunger in America is a real and often overlooked problem, but one that together, we can fix.

''The are 16 million children struggling with hunger in America. That's one in five daughters, sons, neighbours and classmates who don't know where their next meal is coming from, yet billions of pounds of good food go to waste every year. It's time we do something about it.

''Together we can solve hunger. Together we're feeding America.''

In his clip, Jeremy said: ''As an American, it's hard to hear that we have a serious hunger issue in our country. And as a parent it's even harder to hear one in five of our kids struggles with hunger, especially when billions of pounds of good food are wasted every year.''