Scarlett Johansson, Denzel Washington and Catherine Zeta-Jones were among the winners at last night's (13.06.10) Tony Awards, while 'Red' picked up a total of six honours. 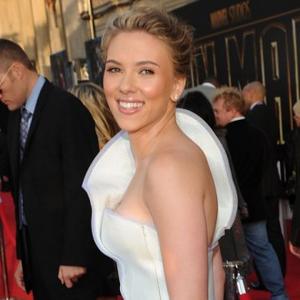 Scarlett Johansson and Denzel Washington were among the winners at last night's (13.06.10) Tony Awards.

The 'Lost In Translation' actress - who attended the 64th annual theatre event with husband Ryan Reynolds - picked up the gong for Best Featured Actress in a Play for her role in 'A View From the Bridge' on New York's Broadway.

She said: "Ever since I was a little girl, I wanted to be on Broadway. And here I am."

Meanwhile, Academy Award-winning actor Denzel Washington won the Best Actor in a Play accolade for his part in 'Fences', while co-star Viola Davis picked up the award for Best Actress in a Play.

Scarlett and Denzel were not the only Hollywood stars picking up awards for their theatre work.

Catherine Zeta-Jones - who famously showcased her musical talents in the 2002 film adaptation of 'Chicago' - won the Best Actress in a Musical award for her portrayal of Desiree in 'A Little Night Music'.

'Red' was the biggest winner of the night, picking up six honours, including the coveted Best Play accolade, while 'Memphis' claimed the Best Musical prize.

Angela Lansbury was recognised with an Honorary Award at the ceremony, which took place at Radio City Music Hall in New York.

Best Featured Actress in a Play: Scarlett Johansson, 'A View From the Bridge'

Best Costume Design of a Play: 'The Royal Family'