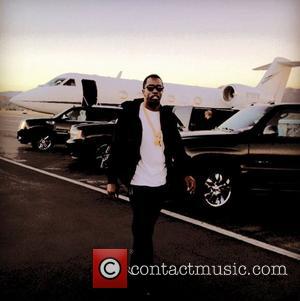 Picture: Sean 'Diddy' Combs posted this image of himself on Instagram with the caption: 'Another beautiful day in the neighborhood. Daddy's home.'

Sean Combs, Missy Elliot, 50 Cent, and LL Cool J were among the stars who gathered to pay tribute to tragic hip-hop mogul Chris Lighty during a special memorial service in New York on Wednesday (05Sep12).
Combs' former manager was found dead in his Bronx, New York apartment on 30 August (12) with a gunshot wound to the head, and the New York Medical Examiner's office later confirmed Lighty's injuries were self-inflicted.
Dozens of celebrities mourned his sudden passing on Twitter.com immediately after the tragedy, and on Wednesday many turned out for his funeral at the Frank E. Campbell Funeral Chapel in Manhattan.
Q-Tip and rap mogul Russell Simmons were also spotted among the mourners, and hip-hop pioneer Grandmaster Flash addressed attendees, stating Lighty's death was "really sad".
According to the Associated Press, Lighty's casket, surrounded by white flowers, was put on display and guests watched a short slide show honouring his life.