The actress appeared on ‘Alan Carr's Chatty Man’ on Friday once again not wearing a poppy.

Just a week after facing backlash for failing to wear a poppy during an appearance on 'The Graham Norton Show', Sienna Miller has once again been shown on TV not wearing the remembrance emblem. The actress was appearing on ‘Alan Carr's Chatty Man’ on Friday, alongside Bradley Cooper to promote their new film Burnt. 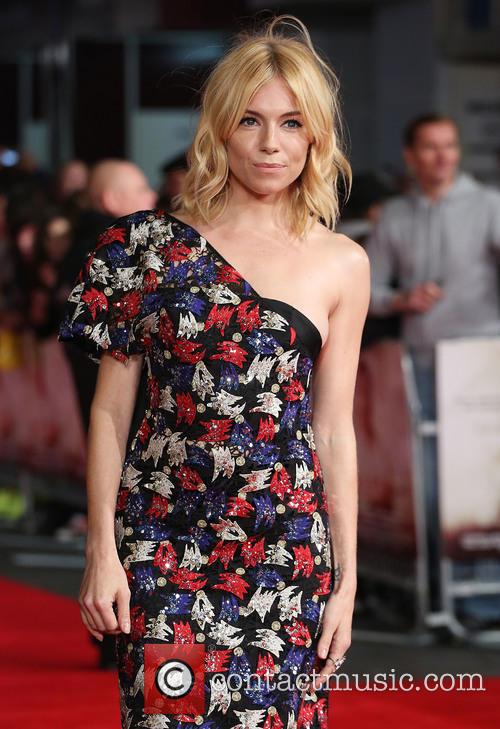 Sienna Miller has been criticised for not wearing a poppy on TV.

Some viewers took to twitter to brand the actress ‘disrespectful’ for not wearing the pin. ‘@AlanCarr disappointing to see Sienna Miller with no poppy. #disrespect,' said one viewer. Another added: "#chattyman why isnt #siennamiller wearing a #poppy ? #PoppyAppeal #sad #suchashame #notimpressed,’ (via The Mirror).

It comes just one week after Miller was seen on BBC’s ‘The Graham Norton Show’ without wearing the poppy. Appearing on ‘Good Morning Britain’ earlier in the week Miller addressed the criticism saying, “I had a poppy on funnily enough and I was wearing a dress that was like crepe paper basically and as I was going on I looked down, it was tearing at the dress and they'd said my name and so I whipped it off.”

“It's unfortunate that it's been made such a huge kind of... it's really snowballed apparently and of course I don't think there is anyone in this country that isn't grateful and respectful and never would want to cause offence and wear a poppy all the time but people kind of focus on things enough to pick at the negative.”

At the time the actress also referenced her ‘Chatty Man’ appearance, saying she probably wasn’t wearing a pin then either. “Also, there's another show I'm worried about coming up because we pre-recorded it, where we're probably not wearing poppies but some of these things are filmed weeks before they air. But you can't please everyone and I meant no disrespect. Of course I didn't.”

Poppies are worn to honour those who fought during the First and Second World wars and are most widely seen in the week running up to Remembrance Day, which falls on November 11th. Miller has yet to comment again on the controversy.