She thought she was really sorry, but it turns out she's only a little bit sorry 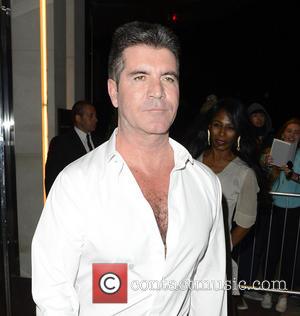 The public apology following Natalie Holt’s eggy protest against Simon Cowell on the Britain’s Got Talent final seemed to draw a line under the matter, but having reconsidered her apology, the 30-year-old violinist has decided to take it right back.

“I planned to do it once the song was finished but I got a bit nervous and went slightly early, she explained of her stunt. “I sincerely apologise for overshadowing their moment as well as to anyone watching who felt that their evening’s entertainment was marred or even ruined,” she added, before a vital caveat was revealed. “However, I am not sorry for pelting Simon Cowell with eggs. I think he has too much power and influence in the entertainment industry. I felt that, on behalf of musicians everywhere, this is an institution and a man that needed standing up to.”

Holt claims she has received messaged of support from many high-profile musicians who, for reasons we can all probably understand, are “unwilling to express their support publicly”. She said: “I don’t dislike Cowell personally, I don’t like what he represents.”

Cowell decided to continue the show sans jacket, and also decided – probably for his image – not to press charges. “As an act of goodwill, I’d be happy to offer to pay his dry cleaning bill or buy him a new shirt, maybe with a few more buttons at the top,” Holt said, not resisting the temptation to have a little pop at the music mogul’s fashion sense. Will Simon Cowell up his protection now he's been publically egged? Anyone with indoor sunnies deserves to be egged