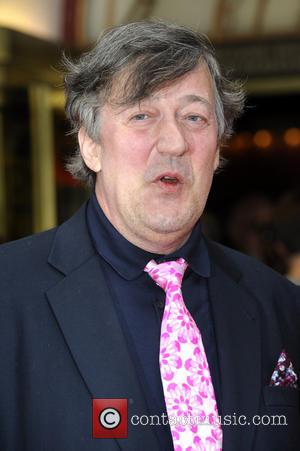 The veteran star passed away on Saturday (14Jun14) after a lengthy illness.

"He does not leave any family but a host of friends who were his chosen family. His death is a great loss to them and the profession."

After news of his death broke, stars from screen and stage took to Twitter.com to pay their respects to the beloved actor.

Fry wrote, "Very saddened to hear about Sam Kelly's death. He played a splendid Hitler in a comedy drama called Stalagluft I made with Nick Lyndhurst..."

Former Doctor Who star Baker, who went to the London Academy of Music and Dramatic Art alongside Kelly, added, "Cannot believe that lovely Sam Kelly has died. We were at drama school together - lovely, funny, talented chap. So sad."

Sherlock actor Mark Gattis also tweeted, "Desperately sad news that the wonderful Sam Kelly has left us. Such a funny, talented man and one of the good guys," while Lindsay, who was preparing to perform in West End show Dirty Rotten Scoundrels, wrote, "Feel so depressed about the amazing Sam Kelly's passing how do we manage a second comic musical tonight? we dedicate it to him Rip."

Kelly was best known for his roles in classic U.K. sitcoms 'Allo 'Allo! and Porridge. He also appeared in longrunning comedies Barbara, On the Up, Black Books, and his film work included 2010 family film Nanny MCPhee and The Big Bang and Mike Leigh's 2002 movie All or Nothing.