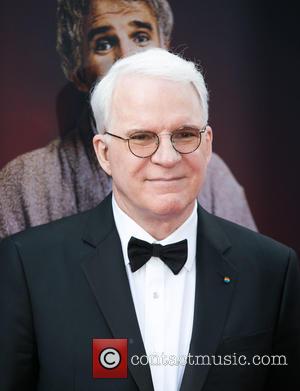 The Grammy-winning banjo player will be presented with a Distinguished Achievement prize by officials at the International Bluegrass Music Association in recognition of his "significant contributions" to the bluegrass genre.

The other Distinguished Achievement honourees are musicians Alison Brown and Murphy Henry, and the late Oswald Kirby.

Meanwhile, The Earls of Leicester are leading the nominees for the International Bluegrass Music Awards with five nods, including Album, Song and Emerging Artist of the Year, as well as Entertainer of the Year - a category also featuring Balsam Range, Hot Rize, The Gibson Brothers and The Del MCCoury Band.

The Gibson Brothers will host the 2015 International Bluegrass Music Awards on 1 October (15) in Raleigh, North Carolina.