Steven Spielberg On The Future Of The Film Industry: An 'Implosion Is Due' 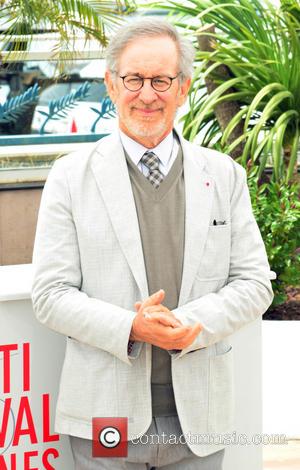 Steven Spielberg talks about the difficulties of showing anything other than big budget, mainstream films in the cinema. He was addressing film students at the opening of the University of South California's School of Cinematic Arts building and warned that an 'implosion' within the film industry is due owing to difficulties with finance.

Spielberg warned USC students it is highly likely that a few big budget films would, within a short period, flop which would alter the industry forever. Spielberg's argument is that studios, fearful of loss, are only willing to make films which will ensure a large profit margin. He commented on how finance fixated the film industry has become claiming 'a studio would rather invest $250m in one film for a real shot at the brass ring than make a whole bunch of really interesting, deeply personal - and even maybe historical - projects'.

Spielberg also warns that the viewing public may have to foot the bill for big budget films. He uses Iron Man 3 and Lincoln as examples whereby cinema-goers would pay more than double ($25) than those seeing Lincoln ($7). This is in proportion with what they cost to make. Production costs for Lincoln were around $65 million whereas Iron Man's came in around $200 million.

This could also see a change to how long films remain in cinemas. It could be possible, according to Spielberg, films stay in cinemas for longer periods of time than the current couple of months turn around. This would ensure a wider audience for a variety of projects. Spielberg is speaking from experience. Bitter about the difficulties of finding a studio which would film Lincoln, these remarks draw attention to his earlier and long standing triumphs: E.T. was in the cinema for over a year.

Star Wars creator George Lucas spoke in a similar vein to Spielberg. He appeared optimistic about the future of films where cinemas would become more like theatres: definitely more expensive but with the opportunity to view 'a lot of nice things'. Both directors praised the role of internet streamers and television in entertainment, particularly Netflix which offers an opportunity for smaller projects such as Eli Roth's Hemlock Grove to be produced.