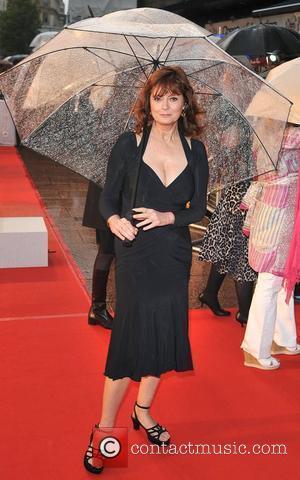 Veteran actress Susan Sarandon was unfazed when doctors told her she was infertile - because she never felt she needed a baby to make her happy.
The Oscar winner admits she never longed to have kids of her own and was not especially upset when she found out she may never conceive.
Sarandon resigned herself to a life without children, but, when she least expected it, she suddenly found herself pregnant.
She says, "When the doctor told me that (I was infertile), I was actually okay with it. Having had so many younger siblings and around 20 nieces and nephews, I'd done an enormous amount of child-caring already, so I wasn't one of those people who thought, 'To complete myself as a woman, I want to have a baby.'
"But part of me was very restless. I didn't feel hugely challenged by my career and I was looking for something to give my life more meaning.
"So I became involved politically and was very hands on. Then, lo and behold, I became pregnant."
The 61-year-old now has two sons, Jack, 19, and Miles, 16, with longterm partner and fellow actor Tim Robbins.