Taraji P. Henson Can No Longer Shop At Bargain Stores Thanks To Empire Success

Actress Taraji P. Henson's Success In Hit Tv Drama Empire Has Ruined Her Trips To Her Favourite Discount Stores Because Now She Gets Mobbed Wherever She Goes. 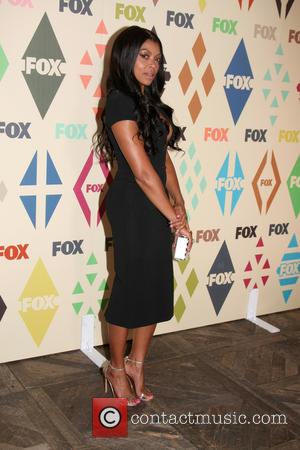 The Hustle & Flow star admits she loves all the attention but now she has to find shops that are open all night to get her bargain-hunt fix.

She tells WENN, "It's just odd because I can't do the things I used to do like shop at Target. I love going to Super Target and Marshalls, T.J. Maxx (stores) and shopping for bargains and now it's really difficult for me to do that. I have to go at a really weird hour and I have to dress like a unibomber! But I still get recognised."

Fans believe Henson is just like her hardened former felon character Cookie, but she insists there are so many differences between the real Taraji and her Empire character.

She explains, "They call me Cookie and it's like, 'That's not my name'. It's funny that people really think that I'm her.

"I'm not a fur girl. I'm a PETA girl and I don't wear fur... The other thing about Cookie I don't relate to is, like, selling drugs. I think selling drugs is a horrible thing. I'm not trying to go to prison, you know!"

However, she is very fond of her Cookie character, adding, "She's everybody's spirit animal or their alter ego. She lives in truth; she doesn't bite her tongue and she's uncompromising. We're so busy trying to be politically correct and trying to manipulate the truth but Cookie calls it like she sees it."