Mother-to-be Jaime King Was Joined By Her Famous Friends At A Baby Shower Thrown By Pop Star Taylor Swift On Sunday (14jun15). 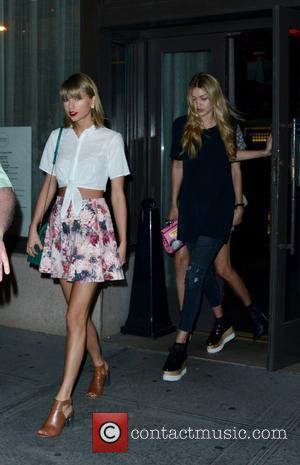 The former Hart of Dixie star is expecting her second child with director husband Kyle Newman, and before their little one arrives, Swift, who has been appointed the new baby's godmother, organised a special gathering for King in Los Angeles.

The pop star is currently in the middle of her 1989 tour, but she made a special trip from Philadelphia, Pennsylvania back to California to celebrate her pregnant friend.

Sharing a snaps from the party on Twitter.com, Swift wrote, "So just took a red eye (flight) and threw Jaime a baby shower. Here's photo evidence."

King also took to Instagram.com to share her gratitude for Swift, and wrote, "How can I put this into words... Taylor Swift is not only going to be an exquisite godmother but one of the best friends one could ask for. Thank you Tay for throwing me such an insanely beautiful baby shower. Less than 12 hours after performing for 60k strong. I love you SO MUCH xx".

King and Newman, who wed in 2007, are already parents to two-year-old son James Knight.