Taylor Swift is putting some of the bedrooms at her $11 million mansion to good use. 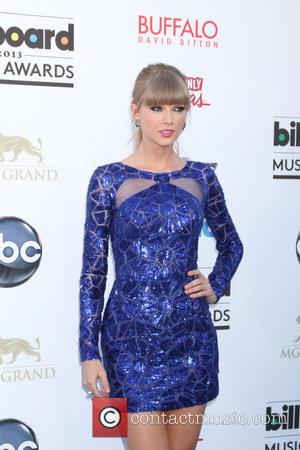 Well this is...a bit weird really. Taylor Swift's platonic relationship with British songwriter Ed Sheeran has moved on to the next step after the country star got the interior designers to redecorate her £11 million Rhode Island home after buying it in March. Taylor has promised Ed that she will decorate a boy's room so he will have someone to stay when he comes to visit.

A source said: "Taylor and Ed are really good pals and their friendship has grown even stronger since they started the tour," adding, "They were on the road together when the deal went through on her house and she's been sharing all of her ideas for decorating with him. She's promised that there will be a special bedroom allocated to him whenever he wants to come and stay."

Ed's done pretty well from his friendship with Swift - one of the world's biggest stars. He's landed some pretty healthy publicity from being the support act on her North American tour and bagged himself a brand new legion of fans.

Watch the video for Taylor Swift and Ed Sheeran's Everything Has Changed:

Taylor Swift and Ed Sheeran will duet during the final of Simon Cowell's Britain's Got Talent on Saturday night (June 8, 2013). The duo will perform their hit 'Everything Has Changed.' Who knows, maybe she can stay in his back-bedroom in the UK? Taylor Swift At The Met Gala In New York