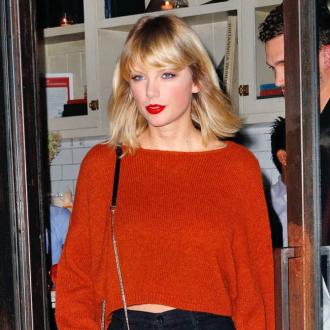 Taylor Swift sent Cardi B a bouquet of flowers to congratulate the singer on her first chart topping single 'Bodak Yellow'.

The star has seen her huge hit 'Look What You Made Me Do' finally toppled off the number one spot of the US Billboard Hot 100 rankings, and it doesn't seem like there are any hard feelings.

Cardi B shared a snap of the gift sent to her by the 'Shake It Off' hitmaker, and revealed she is a huge fan of her contemporary.

She wrote: ''Sooo beautiful and lovely .Thank you @taylorswift for the flowers... and I freaking love your music. (sic)''

Nicki Minaj has also reached out to congratulate the singer's amazing achievement, and insisted it is ''the only thing that matters''.

The 'Anaconda' hitmaker - who is no stranger to chart success - tweeted: ''Congratulations to a fellow NEW YAWKA on a RECORD BREAKING achievement. Bardi, this is the only thing that matters!!! Enjoy it. (sic)''

It's clear Cardi appreciated the kind words, as she was quick to respond and show her love for the superstar rapper.

''Thank you!! This means sooo much coming from you,'' she replied on social media.

However, not everyone has been quite so supportive of Cardi's success, with outspoken rapper Azealia Banks hitting out at the hip hop star.

She wrote in a series of now-deleted tweets: ''I'm sorry. Black industry men are too hype for this Latina girl I've never seen them jump like this for Remy [Ma] or Nicki [Minaj].

''Spinning this 'for the culture' story when they are simply letting white men at Atlantic buy them into hating their own women. (sic)''

Azealia, 26, subsequently wrote that Cardi - who is of Trinidadian and Dominican descent - was ''only black when black want to include themselves in a success story''.