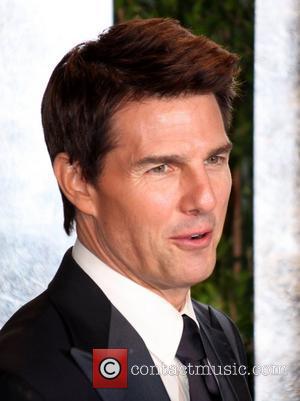 Mission Impossible 5 is likely to go-ahead - with Tom Cruise once again in the leading role - but 'Ghost Protocol' director Brad Bird insists he is unlikely to return to the hot-seat because of the studio's preference to keep the franchise moving forward with different filmmakers.
Ghost Protocol - the fourth movie in the franchise - grossed $693 million worldwide and received mainly positive reviews from critics in 2011, with some suggesting it was the stand-out movie of the series thus far. Bird's directing was picked out as a particular highlight of the film, though the 'Incredibles' filmmaker says he is unlikely to helm the next movie, telling Crave Online, "No, I think that one of the things that's fun about the series is that they always pull in a different director and try to get a different kind of take on the premise", though he added, "I'd probably be open to looking at it, but I think that part of one of the successes of the franchises is that they're always reassessing it with a new director". Alternative names have already begun being mentioned for the movie, including Jon Favreau, who has become one of the most reliable names in the world of blockbusters. Following his huge success with 'Elf', he helmed juggernauts such as 'Iron Man' and the special-effects heavy 'Cowboys and Aliens'. A more realistic option would be Matt Reeves, who directed 'Cloverfield' and the well-received 'Let Me In'.
Production on Mission Impossible 5 is unlikely to get underway until 2013 at the earliest, given Tom Cruise is currently shooting two separate projects. Firstly, he'll star in the action-adventure 'Oblivion' before moving onto 'All You Need is Kill', with Emily Blunt. He is also rumored to be working on a sequel to the smash-hit movie 'Top Gun'.