Is Tori Spelling's reality TV show too simplistic and stylised to be an accurate representation of the family's life? 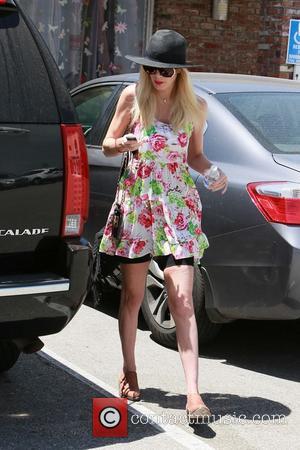 In True Tori, Tori Spelling and her husband Dean McDermott attempt to bring the viewer an experience unlike any other reality television show in that the glitzy embellishments of their celebrity lifestyle is cast to one side in favour of a grittier, more relatable look at one family's trials and traumas.

Having premiered in April this year, the Lifestyle docu-series began three weeks into the aftermath of McDermott's adulterous affair whilst he films the first season of cooking reality series Chopped Canada in Toronto. The show brings to light the impact of how devastating cheating can be to a marriage dynamic, as seen in Tori and Dean's many tearful or angry therapy sessions.

The Beverly Hills 90210 actress has had the attention of a camera crew throughout her whole life, so it's not surprising that she is often so calm and direct when airing her grievances with her husband. However, the 41 year-old star has been accused of making up the affair for publicity and milking it with her new show.

Tori's purported inability to fulfil Dean's sexual needs was blamed as the cause of their marital issues though even Spelling herself seems to have fallen victim to unrealistic ideals and treating her partner as an accessory. "I need that love that's so all-encompassing I can't let it go!" she wails.

In just a few short, aired therapy sessions, Tori and Dean go from yelling at each other and sobbing to enjoying a date night out together a week later. It has been noted by critics that the series is wrapped up almost too neatly, with Spelling reasoning "life's not a fairy tale; life's not a movie."

That said, we are constantly reminded of how Dean and Tori's marriage had been a fairy tale romance until McDermott's alleged affair ruined things. The sobbing TV star is shown in the therapy session lamenting "ruining everything, our fairy tale ending, my beautiful family!"

The actress told the camera that while she hadn't forgiven him, she would still miss Dean if he went away, and told McDermott that it was recommended she check his phone from now on, but she didn't want to. To which McDermott reassured: "I don't ever want to hurt you or betray you ever again."

"I feel like we've come a long way," Spelling told Dean as he thanked her for giving him a chance to redeem himself during the meal.

McDermott's teenage son Jack has spoken out against his stepmother, suggesting that the drama was crafted to provide Tori with publicity and make up for the financial mistakes she talks about in her book, Spelling It Like It Is.

Next week, Lifetime will air a special interview event featuring Spelling and McDermott called The Reunion: All Questions Answered. During the show, the couple will address the rumors and the questions that have arisen about the authenticity of their problems. Let's hope that this will mean they finally ditch the hammy acting and melodrama. Tori Spelling & Dean McDermott Talk It Out In 'True Tori.' 'True Tori' Has Been Accused Of Being Full Of Fake Drama To Boost The Actress' Cash Flow.