Blink-182 Drummer Travis Barker Is To Lift The Lid On His Life Story In A New Book. 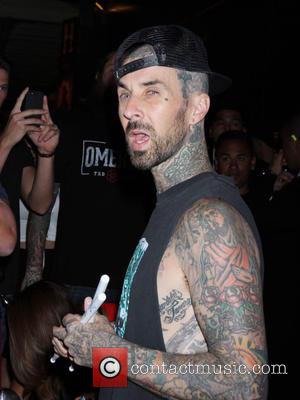 The rocker has put pen to paper to write his autobiography, Can I Say: Living Large, Cheating Death & Drums Drums Drums, which will cover his rise to fame, life in the band and the plane crash which nearly claimed his life in 2008.

In a post on Instagram.com, he writes, "And it's a wrap! Officially finished with my book. Over a year was spent on this book, I spent as much time on this as I would an album. I'm pleased to say I'm very proud of it, I gave it my all...120 per cent. Thanks to... all my friends and family that contributed to it. Now the wait till October when it's released to the world. Can't tell you how excited I am..."