Usher listens to a wide variety of artists, but always comes back to listening to his own music. 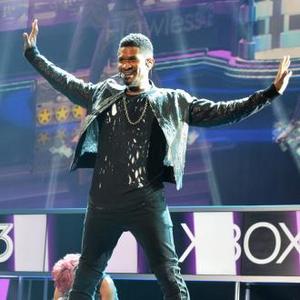 Usher loves listening to his own music.

The 'OMG' hitmaker is always keen to explore new songs by different artists but admits his own work is a regular feature on his playlists.

He said: ''Right now I'm listening to a lot of Usher! But a few artists I really do like, I like this artist named Jameson, I like Gotye, I love Adele, I think that she is incredible.

''I love Foster The People, I love Swedish House Mafia, I love Telepopmusik, all these different artists. Radiohead, Coldplay, Empire of the Sun, I can keep going! But I'm definitely listening to Usher, Usher, Usher, Usher!''

When it comes to his own work, Usher is inspired by his fans' enthusiasm and looking to other artists to give him new creative directions.

Speaking after he performed 'Scream' at the Xbox 360 press conference at the Electronic Entertainment Expo (E3) in Los Angeles, he explained: ''Life, music, my fans inspire me, they are eager to understand and be a part of what I'm doing.

''In making work for myself, a lot of different types of music I like to do, some new, some that I was familiar with but never used in a musical sense, so I was able to grab onto these new sounds, and put them together with my modern melodies and make my new music.''

Players and fans will be able to learn and perform Usher's routines with 'Dance Central 3', which is released later this year. Visit Xbox.com for further information.