The Disney star carved “Austin + Vanessa” into a red rock on Valentines Day.

Actress Vanessa Hudgens has agreed to pay a $1,000 fine after defacing national park property over Valentine’s Day Weekend. Hudgens carved the message “Austin + Vanessa”, for her boyfriend Austin Butler, into a red rock at Coconino National Forest park in Arizona on Valentines Day and got in trouble with authorities after sharing a picture of the carving on Instagram. Vanessa Hudgens has paid a $1,000 fine, after defacing a red rock.

According to the Associated Press Hudgens agreed to pay a $1,0000 fine in order to resolve a citation she was issued on a misdemeanour count of damaging a natural feature on US Forest Service land.

More: 'High School Musical 4' Is Coming! But Where Are The Original Stars Now?

The $1,000 will be used to remove the etching, by volunteer group Friends of the Forest. The agreement was signed off on by a federal magistrate on April 19, but the details had not been made public until now.

Authorities were alerted to the illegal act when Hudgens shared a photo of the etching on Instagram, which she then quickly deleted. "She was caught in the act because she publicized it and she's famous," Coconino National Forest Service spokesman Brady Smith said. ”I'm sure there are others who are not famous and publicized it and we've never known.”

Hudgens is said to have cooperated with the investigation and admitted to authorities that she using a rock to scratch the message. The High School Musical star could have faced up to six months in jail for the misdemeanor or a fine of up to $5,000. 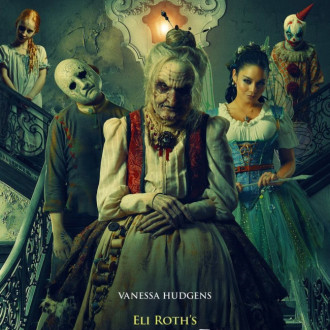