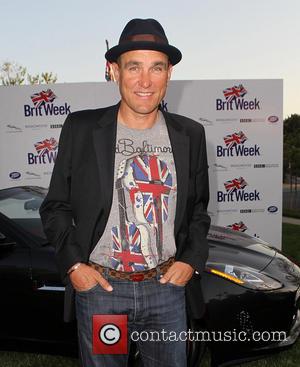 Vinnie Jones, the Welsh footballer turned actor who now lives next door to Quentin Tarantino in Los Angeles, plays golf six times a week and has crisps shipped in from the UK, has blasted England's immigration policy, calling the country "past its sell-by date."

The 48-year-old, best known for Lock, Stock and Two Smoking Barrels, told the Radio Times that he could never be tempted back to Britain.

"There's nothing to come back to here. To me, England is past its sell-by date," he told the magazine. "It's not the country I grew up in. It's a European country now. If someone blindfolded you and put you on a plane in LA, and you landed at Heathrow and they took it off, you wouldn't have a clue where you were."

Jones's views appear to slot in nicely with those of the right-wing party UKIP - who have enjoyed huge success in local elections - though the former football said he was unfamiliar with Nigel Farage's outfit, merely saying, "I just think we should get our own house in order before we open our doors. It's mind-boggling to me."

Jones lives next door to the Pulp Fiction director on the famed Mulholland Drive and - while being interviewed in Britain - said, "The weather here is depressing. People say you can get bored of the sunshine in LA. No, you can't.I play golf six days a week, and I've still got my football team, the Hollywood All-Stars. Those are my two main things."

Known for his aggression on the pitch, Jones remains equally determined never to return to his homeland permanently - saying he can get all his former home comforts on the west coast.

"We can get all that in LA, though you sometimes have to pay through the roof for it. A bottle of Ribena is 14 dollars," he said. "But I get my Walkers crisps delivered once a month. I have a box of Roast Chicken, a box of Salt and Vinegar, and a box of Monster Munch...And there's more Premier League football on TV there than there is here." Vinnie Jones Set Up His Own Football Team in Los Angeles, Hollywood FC