Viola Davis Became The First Black Star To Win The Outstanding Lead Actress In A Drama Category At The 2015 Primetime Emmy Awards On Sunday (20sep15), And Gave An Emotional Speech Dedicated To Her Fellow Actresses Who Have Helped "Moved The Line" For Women Of Colour. 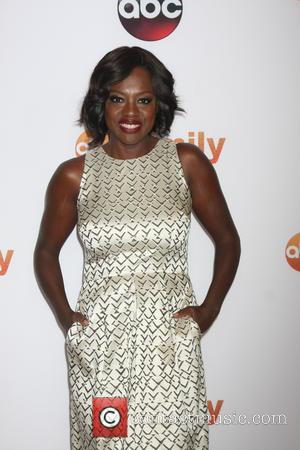 Davis scored her first Emmy win for her role as tough lawyer Annalise Keating on U.S. drama How to Get Away With Murder, but the triumph was more than just a personal one, as she made history for the black comunity with the victory.

An emotional Davis told the audience, "'In my mind, I see a line. And over that line I see green fields and lovely flowers and beautiful white women with their arms stretched out to me over that line. I can't seem to get over that line.' That was (U.S. abolitionist) Harriet Tubman in the 1880s.

"The only thing that separates women of colour from anything else is opportunity. You cannot win an Emmy for roles for things that are simply not there."

Davis went on to mention other black actresses who have come to the forefront in movies and television over the years, including Empire's Taraji P. Henson, who lost the prize to Davis, but was the first to embrace her friend before she took the stage to accept her prize.

Davis said, "To the people who have redefined what it means to be beautiful, to be sexy, to be a leading woman - to be black... To the Taraji P. Hensons, the Kerry Washingtons, the Halle Berrys, the Nicole Beharies, the Meagan Goods, the Gabrielle Unions - thank you for taking us over that line."