A biopic is currently shooting in Los Angeles, detailing the life and times of the legendary singer. 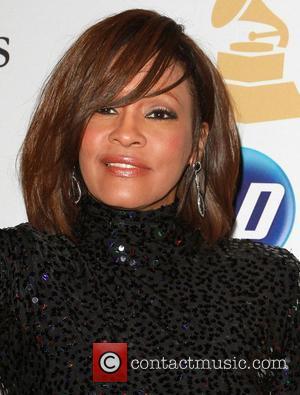 Production is well underway on Lifetime's upcoming Whitney Houston biopic, which will feature some of the late singing legend's music. However, the songs will be retakes of Houston's hit tracks with Deborah Cox providing the vocals to Yaya DaCosta's acting abilities.

The former America's Next Top Model hopeful is playing Hosuton in the Angela Bassett-directed film but seemingly has been selected for her uncanny physical similarity to Houston rather than her voice match. Therefore, Cox will be singing the "vocal tracks" although "music rights and clearances are still being worked out," according to a Lifetime rep, via E!.

Bassett, who co-starred with Houston in Waiting to Exhale, is making her directorial debut with the Lifetime original movie about the singer, who died in 2007. In particular, the biopic will reportedly focus on Houston's relationship with Bobby Brown, who will be played by Arlen Escarpeta.

Though the film isn't expected to premiere until next year, Lifetime have already released the first photo of DaCosta as Houston and Escarpeta as the former New Edition singer. The snap has simultaneously promoted the upcoming biopic whilst reassuring Houston fans that the production is in the right hands.

"I really just want to tell a story about a boy and a girl who fell in love," Bassett recently told CNN. "And these are the words and this is the place, and these are the people on the outside, you know? And I want to be as honest as I can about doing that."

Bassett added that Houston's addiction would be carefully addressed: "Well, we know that drugs were a part of their story and that's certainly an element of their story. We can't tell their story without that. It's involved, and I hope we can unpack it gently."