Review of #Willpower Album by Will.i.am

I remember reading a review of Men In Black on its release which reserved the biggest bouquet not for the ultra-lean, one-liner heavy script but instead to Will Smith, the wise cracking rookie who saves the earth by mid-way through his induction course. The piece concluded that whilst the special effects were neat, Smith himself was the most impressive one of all, man as a hyper-mobile avatar, a postmodern comic strip hero leaping tall extra-terrestrials with a single bound. 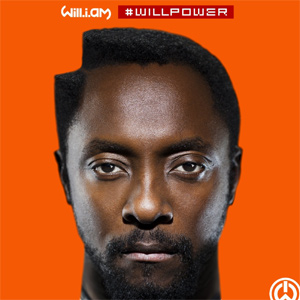 It's hard what to make of Will.i.am for similar reasons. On the cover of #willpower he looks like an extra from Sly Stallone's mid-nineties clunker Judge Dredd, whilst his multi-disciplinary career has seen him broadcast from space as well as seeking more earthly pursuits by offering tea and sympathy on The Voice.  Maybe the character he plays here on Geekin' is more autobiographical than we might think. Over a beat that sounds like it was sampled from a Sega Megadrive, he describes himself as a "Visionaire"; a nerd whose dreams came true as a result of being the guy you paid to do your homework. Unlike much of the rest of his work it has an unmistakeable duality; on one hand this is the bling heavy player bragging about yachts on tap, whilst more subliminally it celebrates the coming of an era in which the meek can now bloodlessly inherit the earth.

You might reasonably expect that with more distractions than probably any career musician on this planet or any other, William Adams would be tempted to rely on picking up cheques from the more lucrative production and TV corners of his CV, but #willpower is hardly the work of a man taking it easy.  As a remixed version of Britney Spears collaboration Scream & Shout proves, he also still has the wit to evade being totally subsumed into the sterile world of pop; rawer at the edges than the CBeebies crew should really be texting each other to, it's comfortably the best moment here, whether by accident or design.

Asda customers will be relieved to hear that #willpower breaks few other parental confidences, despite the ubiquitous bad language sticker plastered to its virtual cover. Possibly reflecting an environment that shows our hero has few natural predators, risk taking as a consequence isn't high up on the agenda. On This Is Love and Fall Down we're treated to the sort of identikit trance-plus-autotune sound that's been annexing American teen culture in the last couple of years, whilst on Hello the same vocal trick is repeated (Bolstered by a children's choir) over a set of wafer thin, tired sounding Ableton riffs.

As befits the life of anyone who has more money than most, #willpower has seen the producer enveloped in controversy via Let's Go, on which he's joined by the odious Chris Brown for a mobile jingle bounce-a-thon which pushes fewer buttons than most. It's a track which it would be a shame to lose your shirt for, especially as if, ironically, anyone's lawyers should be liking it they should be those of Daft Punk. It also shows the inherent risks of working in this field; without a truly original demonstration of the form since Outkast's Speakerboxx/The Love Below a decade ago, some kind of unintentional larceny you feel should be regarded as inevitable.

It's unlikely that when bouncing on his mother's knee as a baby will.i.am was thinking that when he grew up he wanted to be a futurist software jockey with undergraduate skills in life coaching and product design, but he wears the 22nd century artist blueprint with aplomb. #willpower is an underwhelming record because of this multi-tasking, rather than a lack of zeal. I might ask him to sit down in a darkened room with no phone for a month and really work that right side of his cerebral cortex in future, but in an ADHD world, an opinion on what is already the past is truly yesterday's problem.