Zac Efron reportedly entered a rehab facility five months ago to treat a dependency on class A drug cocaine. 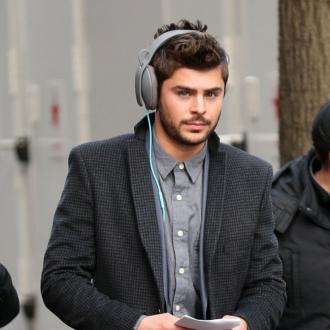 Zac Efron is rumoured to have been treated for cocaine addiction earlier this year.

The 'High School Musical' star allegedly checked into a secret facility five months ago after his supposed dependency on the class A drug began to get in the way of his career.

The 25-year-old actor - who was filming new comedy 'Neighbours' alongside Seth Rogen at the time - was reported to have missed several days of filming due to his addiction to the mind-altering substance.

A source told TMZ, ''It was common knowledge he was struggling with cocaine,'' dismissing earlier reports the Zac's problems were merely alcohol related.

A spokesperson for Zac said: ''Don't think we'll be making a comment.''

It has since emerged the actor also reportedly dabbled with MDMA, a pure form of the drug ecstacy, and caused over $50,000 worth of damage to a Las Vegas hotel room after a cocaine-fuelled party got out of hand.

While the former Disney star is yet to respond to the accusations, he seemed in high spirits on the red carpet at the Toronto Film Festival this week, where he told reporters, ''I'm good, real good.''

A source close to the star has confirmed Zac's life is back on track, telling E! News: ''He's healthy, happy and not drinking. He's taking time to focus on working.''

Zac's new film 'Neighbours' - which also stars Dave Franco and Friends actress Lisa Kudrow - will be opening in the UK in March next year.