When asked about the possibility of playing the classic musical's iconic role of Danny Zuko, the 26 year-old actor stated: "Those are big shoes to fill." 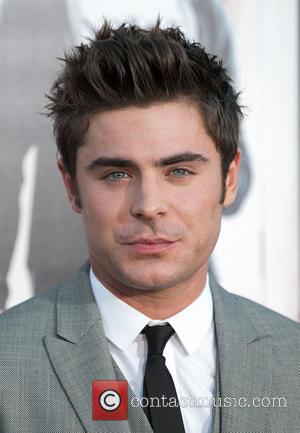 Since news broke that Fox is going to bring back to life the classic musical 'Grease' for a live TV musical, many have wondered who will star in it.

One of the names that has been thrown around is Zac Efron as a candidate to play the iconic character Danny Zuko, which John Travolta played in the 1978 film.

It is easy to imagine the 26 year-old heartthrob in the role, and with his past experience starring in the 'High School Musical' franchise, he would be a perfect fit.

But what does Efron think about starring in the proposed TV musical?

The actor spoke with E!News while attending the Los Angeles premiere of his new comedy 'Neighbors,' in which he stars alongside Seth Rogen, and was asked about potentially taking on a role in 'Grease.'

"That's an honor," he told the E! reporter. "Those are big shoes to fill. I think I came as close to it as you could in High School Musical."

"To actually do that?" he continued. "Yeah, those are big shoes."

Since NBC had huge success with 'Sound of Music Live!' Fox announced 'Grease Live' will air in 2015 and will feature a young ensemble cast who will re-enact the story told in the original 1971 musical as well as the 1978 film.

MORE: NBC's Next Live Stage Production Will Be 'Peter Pan' After The Success Of 'Sound Of Music'

"From Broadway to film, and across generations, Grease is one of the most beloved musical stories ever told - and we can't wait to bring it to our air in a spectacular live event," Fox's senior vice president of event series Shana C. Waterman stated. "Its iconic characters and addictive songs make it the perfect fit for Fox, and we're going to give it the kind of star power and production quality to make every Sandy, Danny, Rizzo and Kenickie out there want to get up and sing along." Could Zac Efron play a T-Bird?